For Lain pictures/wallpapers press the logo below. 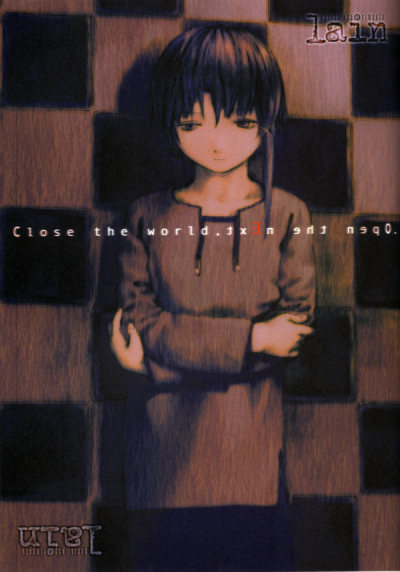 Who is Lain? What is Lain?

Lain is a normal japanese girl, who starts seeing things after the suicide of a classmate. Art, religion, physics, existential philosophy, secret societies, bad drugs, and evolution all collide at the intersection of the real world and the wired world. Lain is one of the best anime‘s ever created. There is no series that really resembles it. Ghost in the shell comes close though, to give you a general idea. 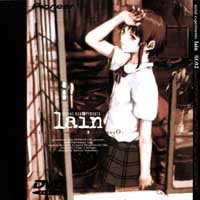 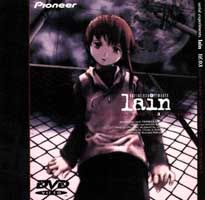 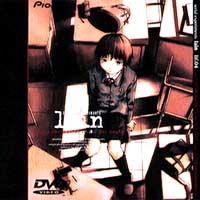 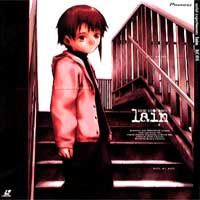 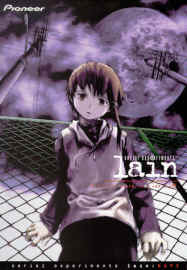 There is the world around us, a world of people, tactile sensation, and culture. There is the wired world, inside the computer, of images, personalities, virtual experiences, and a culture all of its own. The day after a classmate commits suicide, Lain, a thirteen year-old girl, discovers how closely the two worlds are linked when she receives an e-mail from the dead girl:

"I just abandoned my body. I still live here..."

Has the line between the real world and the wired world begun to blur?

A super hacker group that has large effects in the wired. No one knows who the members are, but they can control information and sometimes develop and distribute illegal information equipment. The KNIGHTS are trying to make lain do something... When lain metaphorizes her physical self into the wired to search for an answer of incidents that kids commit suicide. She finds that the KNIGHTS are behind this incident. One day, a group of men in black suits contacted lain, they asked

"Are those people who you live with really your parents? Are you lain of the wired?

Who are you really?".

I am God in the wired...I created you Lain.

There are rumors that lain is stealing people‘s secrets and spreading them in the wired. Her friends, including Arisu, abandon Lain, and even her parents leave, telling Lain that they are not her real parents. Then Lain discovers the one in the wired causing the trouble - her other self. "Which is the real me!?" Lonely and confused, Lain then encounters a man who calls himself "God" in the wired.

Who am I? The question is asked over and over again throughout the noise. Lain destroys her own creator and loses her best friend, now Lain must decide what to do ? Should she delete herself from everyone‘s memory! If she does, the real world should remain exactly the same, but if no one remembers her, did Lain ever really exist?